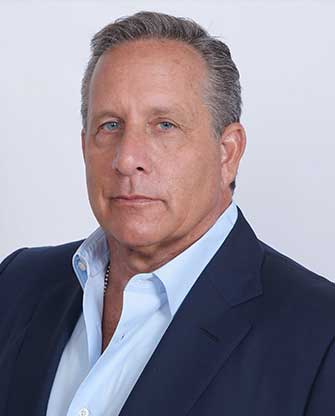 Ronald (“Ronnie”) Frank serves as Co-Owner and the President & CEO of Lexington National Insurance Corporation. Lexington National is a national surety and insurance company with the ability to operate in all 50 states. Ronnie and his seasoned executive team have expanded into a myriad of surety bond arenas, including the Contractual Liability Insurance Policy, known as the CLIP and Fronting arrangements. In his leadership role, Ronnie guides Lexington National, which has achieved A.M. Best’s A- Excellent rating. Ronnie also operates Revolutionary Holdings, Inc., a Delaware corporation, and Concord Specialty Insurance Corp, headquartered in South Dakota.

The saying goes, “he has it in his blood.” Ronnie comes from three generations, spanning more than 60 years of accomplished surety agents. In 1989, the Frank Family decided to start their own surety company and Lexington National was born.  Ronnie’s true passion and moniker is his amazing dedication and commitment to what he calls “his family.” These are the people of Lexington National, including its nationwide network of agents. Ronnie is proudest of his unyielding loyalty to fight and support his agents, strategic partners, and team members. Ronnie is also known for his emails at all hours of the night and for never missing his 5 AM walks, despite any weather conditions.